admin
???? Turn on subtitles! ???? If it's not difficult for you, subscribe to my channel. Thanks!

We recorded this 4k ultra hd video during a trip to St. Petersburg, Russia on January 31, 2021.
Saint Petersburg, located on the banks of the Neva River, is the largest city in the Northwest region of Russia, the second largest city in Russia with a population of over 5,000,000 inhabitants. In past centuries, it was the Capital and the largest city of the Russian Empire. Currently, St. Petersburg is one of the centers of media, tourism and business in the country and is known as one of the most liberal cities in Russia.
St. Petersburg was one of the most affected cities in Russia during the Second World War. The bombing reduced the population by 50, mainly through evacuations, and destroyed many houses in the city center. Post-war reconstruction aimed at restoring as many historical landmarks as possible has resulted in a very mixed and unique urban landscape.
Our walking tour along Bolshaya Zelenina Street is about 2 km long, starts at Rybatskaya Street, ends at Bolshoy Krestovsky Bridge and covers most of the sights and historical sites of Bolshaya Zelenina Street in St. Petersburg.

Map of the Walk: https://goo.gl/maps/ZbRUQNwzDCCYUmubA 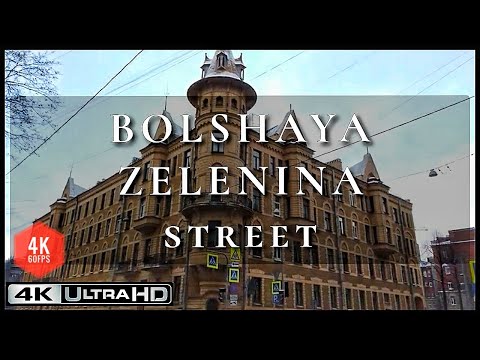